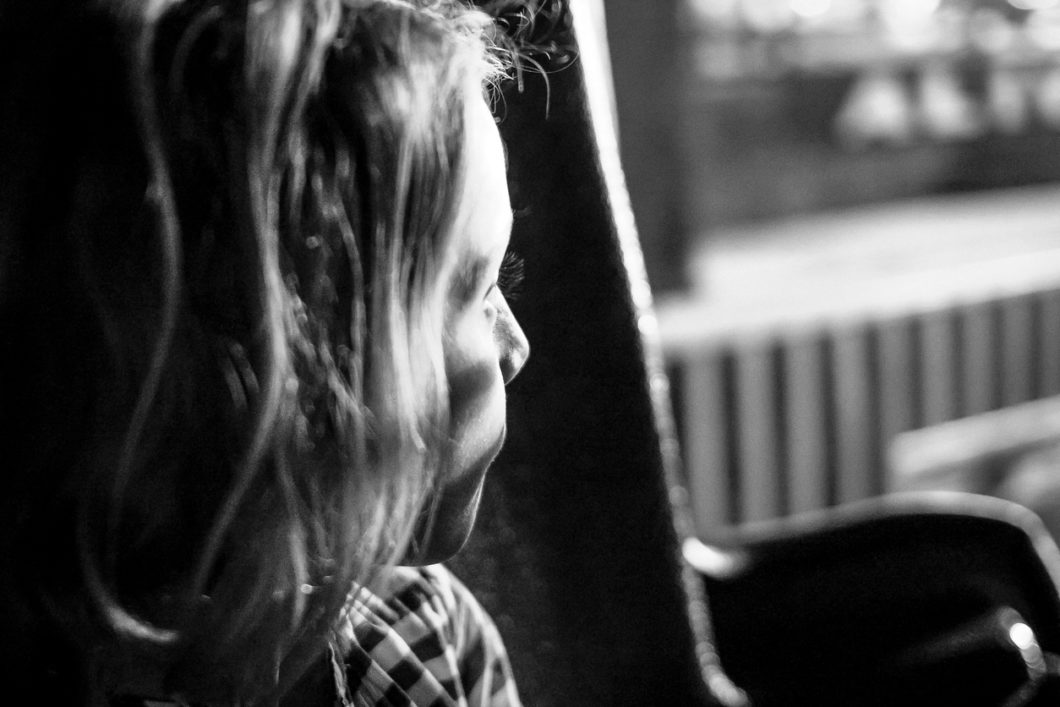 I stood in the shower looking at my hair. Matted and fused together by the mint flavoured gum you refused to spit out.

“I’ll make you like the sound,” you’d said when I’d asked you to remove it from between your teeth. Now it was in my hair. A stark reminder of last night.

I asked you to ask.
“Ask before you do anything.” I’d said.

I was uncomfortable in the situation. My lying unmoving on the bed. Your body pressed up against me. I turned my head when you tried to kiss me. Why wasn’t that any sort of indicator for you? More importantly, did you ever gain the consent that I’d asked you to?

You tried to tear my dress open. I asked you to stop. You were laughing and I was not. You kept tugging at it, while I said, “no.” You kept going when I said “I don’t like this game, find another.” “I’ll buy you another,” you said, ” how much did it cost?”

When you rolled away from me, I lay one of my legs over yours. I had wanted to spend time with my friend after all. I thought we could fall asleep in this delicately tangled heap. I closed my eyes and prepared to rest, but this, apparently, had been what you thought was consent.

Back at it again, needing to say stop numerous times before being heard. You tried to tug at my underwear. “No.” I’d said. “I don’t want to.” I’d continued.

At some point we’d fallen asleep. When I awoke you were on top of me already. Rubbing me.
“This is wrong,” I’d thought, “I’m lying limp beneath you and it doesn’t even bother you.” Last time, I’d been an active participant. This time, I don’t even know what to call it. We didn’t kiss. I didn’t touch you. My breasts were left be. But I’d moaned involuntarily when your hand had touched me. It’s sensitive, you know. It wasn’t a sign of consent.

Enough is enough, I decided in the early hours of the morning. “I want to go,” I’d said, “I don’t want to do this anymore.” You looked at me. “Can I at least finish?” You’d asked. How did you miss it? How had you not noticed, throughout the entirety of the evening, that I had neither been giving nor receiving? “But, I’m going to have blue balls.” You’d continued. I swung my legs over the edge of the bed while you took deep breaths to recenter yourself. You lay there and breathed deeply for a while, whilst I checked how much an Uber would cost.

As we left the building you’d asked me how I was. “How am I?” I thought. “What a ridiculous question to ask of me,”

“How do you think I am?” I responded.

Genuinely confused. I tried to explain it to you. In the most gentle way I could I tried to look you in the face and tell you that you’d sexually assaulted me. The silence lasted for what felt like decades through the first few minutes of the car ride.
“But you moaned.” You’d said.

“Men who get raped can have an erection and can even finish.” I countered. This set you off. You took in a chestful of air before letting loose.

“I cannot believe you would say that! How am I sitting here listening to this right now? I can’t believe that you’re sitting here trying to make me feel sick to my stomach that I did something to you that just didn’t happen.”

And you? You became the man that stopped the moment she’d asked, and perhaps that was the greatest change in narrative that there was.

You had proof of my consent.
A month ago, I’d wanted it.
I’d squeezed your buttocks.
I’d put my leg over yours.
I’d moaned.

This was your proof. It’s as if you had turned off your senses and were writing a show. A theatre performance in which you and I were the main actors but only you decided what the audience saw. The audience saw my squeezing of your backside, but they weren’t privy to your tearing at my dress. They saw my legs draped over yours, but they did not bear witness to your pulling at my underwear as I tried to pull them up. On it went. The more you spoke, the less you heard.

Upon arrival at my apartment, you stopped. You calmed yourself and apologised. I don’t know if I would ever be able to take in an apology following being told that I am just like all the girls who use consent as a means of demonising men. But you apologised nonetheless. It had seemed sincere. But then again, I wasn’t exactly sure what exactly you were apologising for, and I wasn’t going to wait around to find out.

And so, as I stood in the shower cutting out chunks of gum from my own hair, I thought, “I make my own narrative. This is my show. And I refuse to remain unheard.”