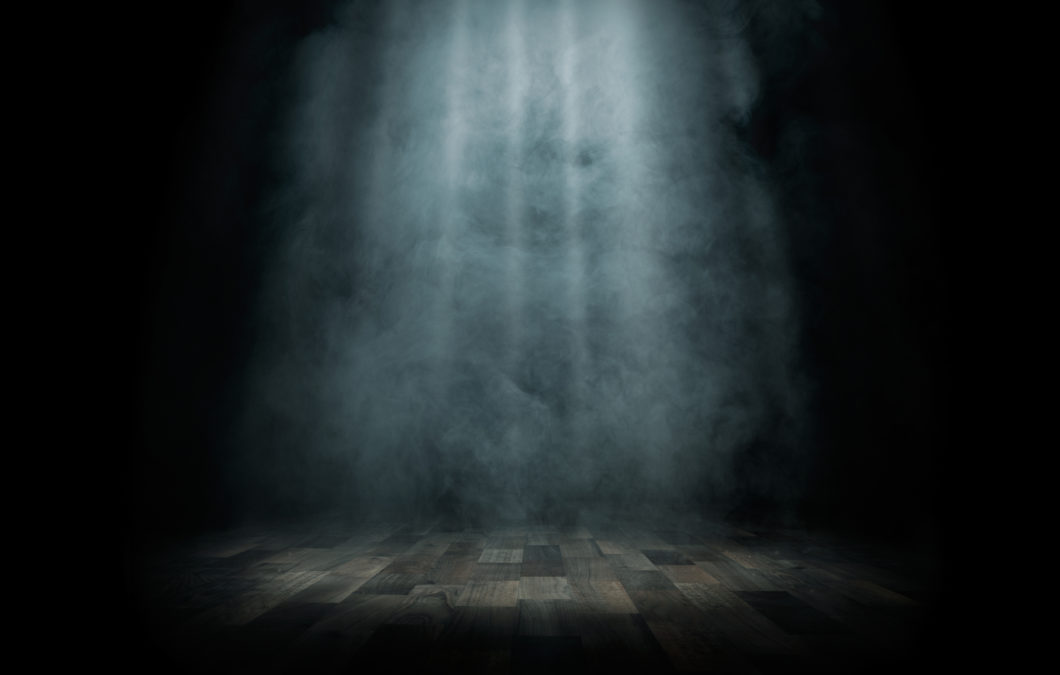 Looking back, I realize that I was born on an elaborate stage in the middle of a long-running, multifaceted play in a crowded theater and raised by actors on the set. My parents, both of lifer, European, ultra-orthodox families, and my siblings were all actors following a tight script, what to say, how to act. I was given a detailed script by my parents from the director. I got married per script to some girl, per script moved to somewhere else on the stage’s east coast, had a bunch of children per script. We ate, slept, played and lived always in front of an ever-changing but omnipresent audience, trained to consider the audience inferior to us.

Our performance is what counted; anything else, incidental. If the audience approved or enjoyed –that was our job. If not, didn’t matter; all else was a distraction, blasphemy or downright evil. Onstage, if anything didn’t go as planned, there was a ready explanation from the director, solidifying the notion that all was under control. Our stage was the only meaningful place and represented goodness. During all this, I didn’t see myself or my people as actors. My life was a sheltered, privileged center of the universe and the only reality.

One night, the lights went out and didn’t go back on. The audience murmured, got noisy and shuffled out. My fellow actors seemed confused. I felt my way along the wall, found the Emergency Exit and walked outdoors for the first time in my life. I walked for a very long time, seeing and watching people living unscripted lives. I returned to my theater – my bed, family, food and life. The lights and audience were back. But I was a changed man, and suddenly feeling very alone. Everything looked different. My parents just acted as parents, my friends just acting as friends, my wife just acting as a wife. All per the director’s script. I was just part of a script, an actor, not a real person. Good acting made some experiences feel real, but the underlying reality – that it was all per a script – made everything meaningless.

But I was real and not just a script, and my world was amongst actors, not true beings. Honesty suddenly became life threatening. Intellectual and emotional honesty, accountability to human reality made the authenticity of everything and everyone I knew disappear, like dark shadows under bright and harsh lights. I lost my ability to act. Others began noticing my poor performances. “You’re supposed to be doing this, exhibiting this emotion.” But it just sounded like desperate pleas asking me not to notice the elephant in the room, which was suffocating me. But I had no other life or place to be.

I tried harder to act my roles. With futility. So I stopped playing a role and sat on the side, neither as audience nor actor. Just there, in my costume. I didn’t care about the actors or the play. They were just familiar, like old underwear. The unfamiliar and unscripted consumed my thoughts. That and the children I had as an actor. Did I want to show them the outside? Disrupt their seemingly safe, cozy life? I had participated in training them to live as actors with a script. Do I admit this, or save face by perpetuating a script? Must I think about them at all? I created them as an actor, with an actor, per a script. I struggled. They watched. I watched them begin to wonder about me and then themselves.

What I thought most about was walking out that exit door again. The intensity of my loneliness grew. I needed to engage with people, not actors. Thinkers, not puppets. Doers, not just thinkers. Brave people. People who wrote their own script and acted as themselves. I dreamed about life as me. What script would I write for myself? I wanted to ride my bike on the open road with real wind flying through my hair (or what‘s left of it), not an exercise bike, indoors. But I knew, for that I must trade in knowns for the risky unknown. I learned I lacked the bravery I sought.

While I’m perversely attracted to self-pity, feeling as a manipulated victim, or stewing in anger at the abuse and waste of people and stunted psyches, a part of me fights to struggle out of and away from that entire ecosystem which I consider flawed. Some perhaps like the safety of the role of an actor on stage. But I want my energy focused on and in an ecosystem with potential for the lightness-of-being only possible when governed by the self. I know that being rootless, unsheltered and without a familiar circle creates another set of psychological discomforts and primal-needs shortcomings. I hope to find the bravery within myself – what some might call selfishness – to give myself permission to find and release the unscripted me, so that I can experience life, unfiltered, to hopefully include true joy, true inner peace in true relationships with real people.

We are of 3 selves: the Natural/Genetic, the Nurtured, and the Unique. My culture tries to ensure that the Unique subjugate itself and the Natural, to be just the Nurtured self. I’d rather my Unique govern, and take, at will, from the Natural and Nurtured into my Unique self. I don’t want to be in the rut reaching out for attractive things. I seek to leave it, to perhaps reach in for the attractive from it. Play-acting is repulsive to me. When I die, it will be the real me doing so. Before that happens, I’d like to live as the real me can live, whatever that is.