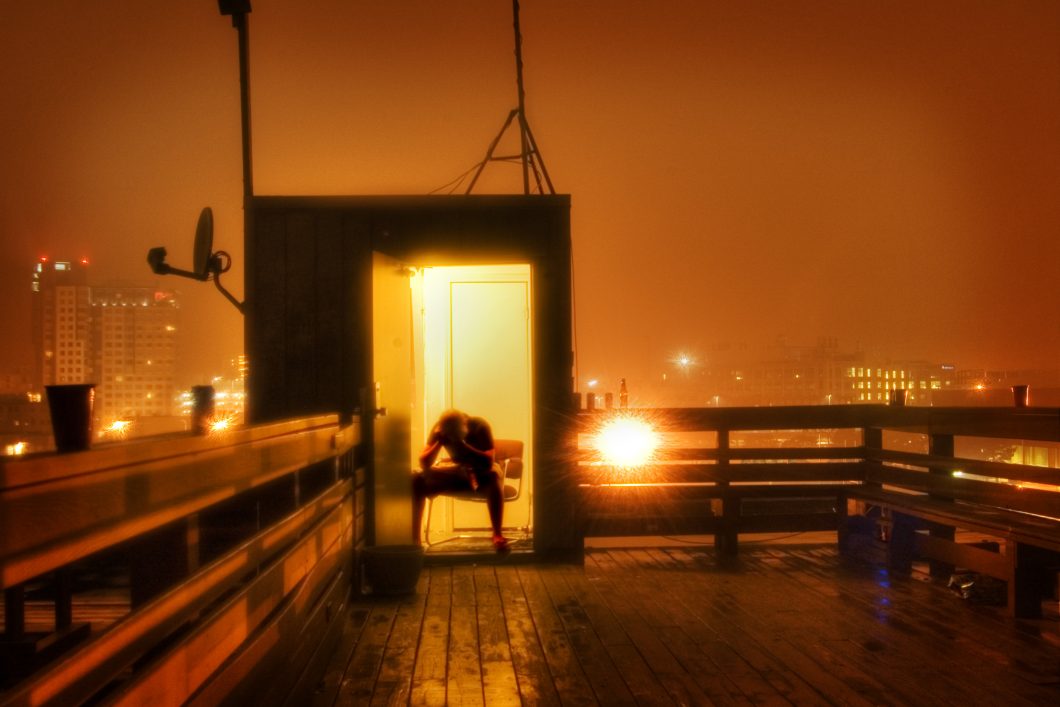 I could have bought pictures for my walls, fancy candlesticks, beautiful clothes, but instead I spent all that money on my books. They were the most important thing in the world to me. And now I sometimes don’t even want to see them. Sometimes, I manage to read through some of them, but now it is painful to even think about them.

I used to love the Jewish prayers. I would spend so much time learning beautiful melodies, I loved the blessings, the psalms, every word in my siddur was sweet to me. I was so happy and proud when I bought my first siddur, I was bursting with joy. Now it’s worn out, covered with stains of grape juice and wine, and I don’t even want to touch it, every prayer that I say makes me cry.

It hurts to say the prayers, it hurts to read the books. It hurts to say the kiddush, and to do netilat yadayim. It all hurts, and still I have to do it, because once I promised to keep them all, to keep all the mitzvot. And so I try to do it like you pull out a band-aid – so quickly I don’t have to feel the pain. I try to do it as quickly as possible, with as little feeling or thought as possible, to minimize the pain. I just go through the motions, doing the necessary movements, reciting the necessary words, and trying not to think about it too much. Because if I let it get in my head, it is more painful than anything else, it kills my soul.

And sometimes it all hurts so much that I go to the other direction – I try to drown my thoughts into the prayers, to cover my worries with concentrating on the meaning of the blessings I say, and sometimes I just try to call Him for help. When it gets painful, I run away, and when it gets so desperate, when the pain gets more than unbearable, I try to hold on to my faith in G-d.

But it doesn’t really do the trick for long. For an instance, for a few minutes, for a few hours, it helps, but then I feel the hopelessness again. G-d doesn’t love me, He doesn’t really care. Like the rabbis, and the people in the shul, the Jews I met on that Birthright trip, like all the Jews I know, if they don’t care, why would He?

Judaism is so painful, that It colors all my perceptions, everything to do with Judaism, becomes another reminder, another trigger, something to crush me under the heavy weight of memories and thoughts.

Or really, it’s just one thought, one feeling, one idea, that I try to describe but I can’t find the words.

It goes maybe a bit like this: I am a Jewish convert, and converts are not Jewish, and since my conversion is questioned, not approved of, not accepted for Aliyah, I am even less Jewish. I am not part of the Jewish people, I am not part of the Jewish community, I have one Jewish friend and she is a convert too. If she doesn’t invite me for shabbos, no one does, if she doesn’t invite me for the Yom tov meals, I spend them all alone, I make my own seder alone. Everyone hates me, the non-Jews and the non-Orthodox Jews hate me because I’m Orthodox, the born Jews hate me because I’m a convert, and the Orthodox converts hate me because I’m depressed.

I don’t belong anywhere and I never will, because even if I convert again and again, I can’t wash away my non-Jewish blood and will never become a real Jew. I’m not part of the Jewish people, no one cares, I might as well die, no one would mourn for me anyway. When I go to shul I wait until the important people (read: born Jews) have taken their seats, before I dare try to look for one for myself. When I go to shul I never dare greet the important people (read: born Jews), unless one of them greets me first, they are so much higher in the hierarchy.

So I only talk with the other converts, and other converts are also the only people I invite to my home. No born Jew ever stepped inside my apartment, tiny so that I can live walking distance to the community, with empty walls because I preferred to spend my money on learning Torah instead.

I often invite converts, low caste like me, my equals in this life. The born Jews are above me, I would not dare. I have this tiny little necklace, with a star of David in it, that I once bought, and I dare not wear it around non-Jews I know (I don’t want them to know I’m a crazy convert) but I also don’t dare wear it around born Jews, because I feel I’m stealing something from them. I keep thinking that they would consider it cultural appropriation, because I’m not allowed to have that culture, I’m not allowed to feel a connection to their history, because I’m a convert, and not a real Jew.

But for some reason, it hurts to think like this. I don’t really understand why, shouldn’t it be possible just to know your place in life and accept your fate? Isn’t Judaism a religion of hierarchies, of separate roles, of rules who to save first from drowning? Isn’t it G-d’s will, that converts are lower class, doesn’t even the word “ger” properly translated mean perpetual outsider?

So why does it hurt so much? Is it because of a defect in my soul, that prevents me from seeing G-d’s beautiful plan in this, probably inherited from my non-Jewish ancestors?

I don’t know. But I keep hurting, And still I keep doing the mitzvot, even though I don’t want to, even though the challah in my mouth is like shards of glass, hurting every bite while I try not to cry because Shabbos is supposed to be a day of bliss.