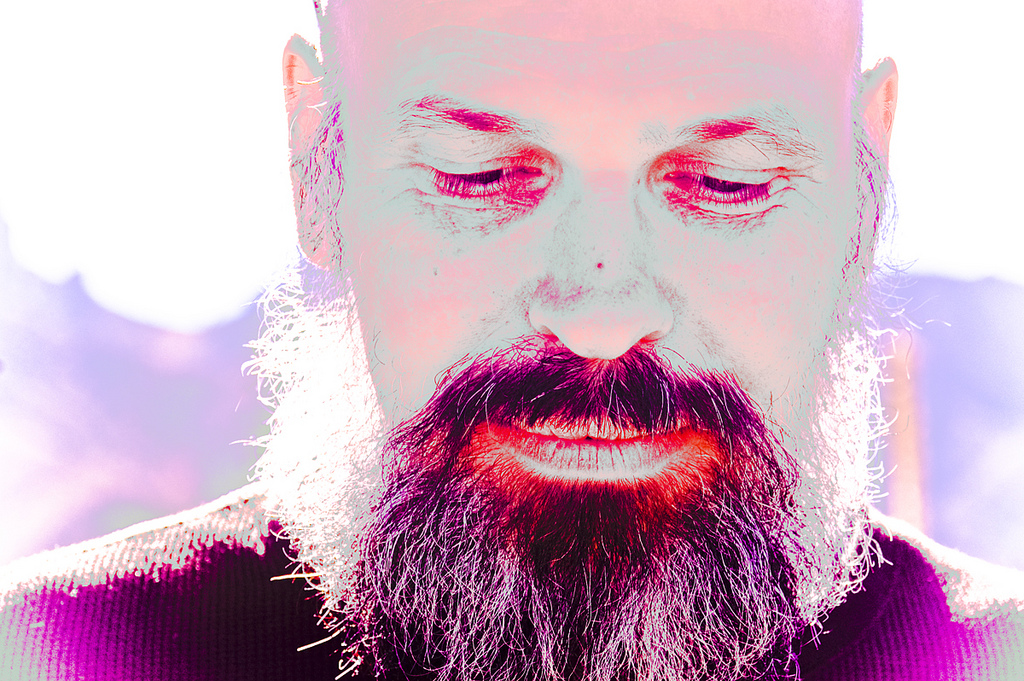 I grew up Chabad, a child of a Shliach. I spent my childhood sheltered from the outside world. I learned to write Hebrew long before I could read English and I studied Talmud before learning math. I was a very creative child; my paper Purim masks and Torah artwork was always encouraged by my family and community. I was a happy religious child. I knew nothing else.

When I reached 15 my parents sent me to yeshiva in accordance with the Chabad “system”. As a boy going through puberty, I found the rules extremely challenging; I was not allowed to talk with women, my creativity was rejected, and instead I was forced to learn Torah for 10 hours a day. Worst of all, I was required to pay a fine if I showed up five minutes late to classes. I quickly came to reject my upbringing and much of what Chassidic Judaism had to offer. I left mainstream Yeshiva with PTSD as a result of these extremely suppressive experiences.

When I was 19 I became very ill and was diagnosed with Crohn’s disease, a digestive disorder for which there is no known cure. I spent weeks in the hospital and eventually had a surgery to remove part of my intestine. The doctors put me on immunosuppressant medications, leaving me physically weak and depressed. I had hit rock bottom.

I decided it was time to travel and see where my inner voice would lead me. I traveled to Thailand, Nepal, and India, following nothing but my gut instincts. I met many wonderful people with whom I had deep conversations about life and spirituality.

One day I was on a local bus through the Indian Himalayas when a cement truck coming from the opposite direction barrelled into us. Our bus bounced off the edge of the mountain, but came to a stop by dangling from a small signpost. By some miracle the bus did not plunge to the depths below. My life and so many others’ were spared from falling to our deaths in this remote part of India. I was very shaken and felt that this was a wake-up call from the universe.

After this experience I settled in a small, peaceful village in the Indian mountains. It was there that I learned about a powerful hallucinogen called DMT. DMT is said to cause extremely powerful out-of-body experiences. I was fascinated by the idea of such a substance, but having never tried any psychoactive besides marijuana I was extremely hesitant to actually trying the stuff.

Three days before I left India to return home I was sitting with a friend taking in the snow-covered mountains surrounding. I made a comment, “If DMT were to come here within the next few days it will be a sign that I am meant to try it.”

A few hours later a friend showed up to our village wanting to trade a hard drive for my camera lens. I didn’t really want to part with my camera lens so I asked him what else he had to offer. He said, “Well, I have some DMT.”

I was stunned and terrified at the same time. I heard myself say, “Yes! I’ll take it!”

The next morning I woke up early, trembling from the thought of being catapulted into another dimension. I went to the mikva (ritual bath) in a local hot spring and spent the day in prayer and meditation. During the evening my friend arrived with the DMT. I sat down, sang the hachona niggun (a sacred Chassidic song), and then vaporised a huge hit of DMT. The smoke felt like inhaling a plastic bag. Within seconds of exhaling I heard a loud noise ringing in my ears. I laid down and closed my eyes.

What happened next is very difficult to describe but I’ll do my best:

I began to travel through kaleidoscopic tunnels until I popped out into a space where I was surrounded by giant dimensional beings. Their energy felt very toxic and I felt a strong need to vomit. I turned over and vomited, releasing the toxic energy I had been holding onto. I then began to fly higher through dimensions where I met many spiritual beings and angelic entities. With each dimension I traveled I let go of another piece of my ego until all that was left of me was a fractal ball of vibrating energy.

I arrived at a great warm light and I asked the light, “May I enter?” The light responded, “Yes”. I went into it and at that moment I merged with everything! All at once I was the past, present, and future. I was the entire universe and I felt pure oneness and wholeness; I was love. I was in that place for what felt like an eternity before being faced with the process of remembering I had been human and returning to my physical body.

I came out of this experience deeply changed. I finally understood from my personal experience what so many Hebrew texts and saintly writings had tried to teach me intellectually about the oneness of God and of love.

After this experience, I was drawn to indigenous cultures who use psychoactive plants for healing ceremonies and I have partaken a few of these plants. Ayahuasca is a very powerful plant medicine from the Amazonian Rainforest, which helped me release an extensive amount of childhood trauma and tune into the oneness that moves through all life.

I have also had a number of journeys with magic mushrooms, which have taught me about my relationship with my environment and about the interconnection and interdependence of everything. I have come to see these plants as teachers and it is through these plants that I have learned to let go of addictions, heal my body, balance my mind, open my heart, and most importantly tune into the needs and voice of the earth, trees, water and all of creation something our ancient ancestors knew all too well.

When I first started having such experiences I was eager to share them with my family and childhood friends but very quickly I realised that these ancient medicines are quite alien to most Orthodox Jewish circles. So I kept it mostly to myself and shared my findings only with others who had similar experiences.

But I have often wondered, what if we sat around for a farbrengen and drank Ayahuasca instead of alcohol? Imagine what we could achieve! Imagine how we could heal each other and our community!

Recently I discovered that a friend of mine from Crown Heights is in rehab for heroin addiction and many others are suffering from the same epidemic. On my path, I have met some heroin addicts who have healed themselves through Ayahuasca and Iboga. The amazing power of these plants is unlike drugs like heroin that make one escape their problems; they give us the opportunity to see what is the cause of our addictions and in doing so purge and begin the path to healing them. These are anti-drugs!

I definitely can’t recommend these for everyone because they are extremely powerful and life changing. The intentions one has, and the set and setting in which it is performed, is of utmost importance in whether these will heal you or make you lose your mind down the rabbit hole. But the many suffering addiction or PTSD might find lasting benefits from Ayahuasca and Iboga.

My experiences with DMT, Ayahuasca and Magic mushrooms have transformed my life by allowing me to see through the veil into other worlds and look within myself to inner worlds, but this medicine path has been an ongoing process of awaking and finding balance in my day to day life and although my life isn’t perfect and I have ups and downs just like everyone else, I walk with a open heart knowing that at the center of the universe is a great love that’s where I came from, that’s where i’ll go back to, and when I am in that place and you are in that place we are one.

May love guide you and may you be open to a life more beautiful than your wildest dreams.

Note: Ayahuasca, DMT, and Magic Mushrooms are illegal in the US but remain legal in much of South America. I am not advocating the use of illegal drugs. If you want to use these plants make sure you are with someone who knows what he is doing and are in a place that is safe and legal to do so. It is also key be in a healthy and supportive environment to integrate such experiences.