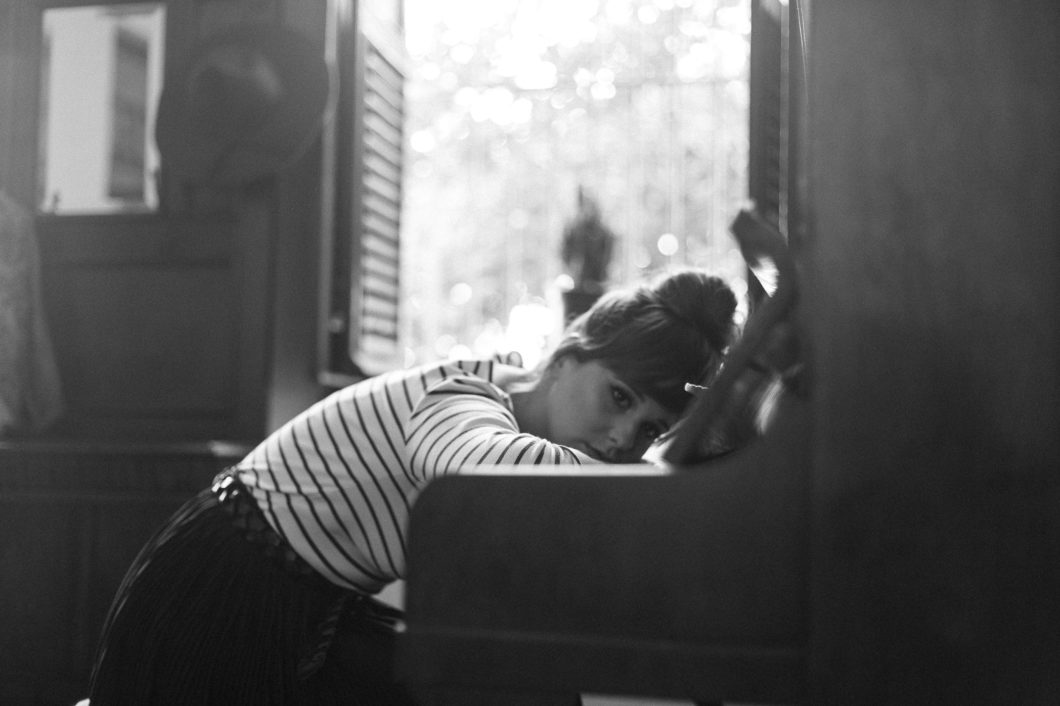 I used to sing. Some of my earliest memories are of music, of song. Listening to my mother play the piano late at night. Me singing along with her playing classical songs. My joy at joining a choir and singing in theater. That time when I scored the lead part in a prestigious play and knew the reason they chose me was not just because of my acting skills, but because of my voice. One director said, you think her acting is good, but then she opens her mouth and she’s a small Barbra Streisand. I don’t know if she intended for me to hear that comment, but it stuck with me.

I sang. I sang in good times, in bad times, in different times. I sang just because I loved song, and always thought that song was a form of prayer, even according to Judaism. I never was much good at playing piano or violin, but I could hit those notes exactly with my vocal cords.

I met him in the winter. Songs were playing on his radio, and he said sheepishly, that he couldn’t sing. He didn’t have a nice voice. I actually had to think about this. Music and song were so much part of my life. My aunt was a famous singer. My parents have beautiful voices. And me. I loved to sing. Would I marry someone who was not a singer? Who didn’t have that connection to song?

I thought I was being ridiculous. And I married him. After we married, he heard me sing. And he said he hoped our children would have my voice and not his. I took this to mean that my voice was valuable. That he appreciated it as much as I did.

I would sing. But then, marriage. And the rules of cycles. Sometimes I could sing freely. And sometimes I could not. The second I hummed he would tell me no. We don’t sing now. Not now. Not in front of me. Wait two weeks. And I adjusted. I didn’t sing those two weeks. It was short, and I became pregnant immediately and had no issue singing.

My baby was born. And she cried. And every instinct I had, every mothering joy I wanted to give her in song. I sang to her. I used to hum and sing and nurse and cuddle and sing some more. But then he came home. When she was crying. And I starting to sing, to comfort her. No. I was told, not now. “But she’s crying,” I said. Let me sing to her. No. No. You cannot sing.

I was silenced. I didn’t sing.

She cried again. I was told no. My voice could not be heard. I started to hum. No. Not even a hum. Nothing. Let her cry but don’t sing.

I couldn’t even use my voice. Not with him there. Not if maybe he would walk in. Not if he would hear a hum. Not a chant either. Not a single solitary noise.

Controlling? You bet. I literally didn’t have a voice. And many things followed. Control of finances, control of my body, control of my life. And my voice. I stopped singing.

I grew older. My songs and joy in them were lost. The times that I tried myself, I would remember in my head the sound of his no. No. No song. No voice. Don’t sing now. You can’t sing now. I DON’T LET YOU SING NOW. You cannot sing.

And I was silent.

I talked about it with my therapist. She reminded me of the Holocaust story, a man, trapped and hidden behind doors. A pianist. Who could not play on fear of death. But he would pretend to play, moving his hands in front of him, fingers dancing on imaginary keys. The song in his head.

She said, think of your song. Yourself. Without him there.
I couldn’t do it. My voice is now tied to trauma. To silence.
She said, maybe listen to music again, something, anything.

I said I would try. But I know that my feelings about my voice are gone forever. I miss it. I miss my own song. I wish I had a recording of my own voice then. Of how I sounded without the pain echoing in the back.

I can’t sing now. He has robbed me of more than my joy and freedom and feeling of openness, of wings. He robbed me of how I feel about my own voice. Instead of the joy that I once felt, I now feel shame. Shame in my voice. And so I am silent.