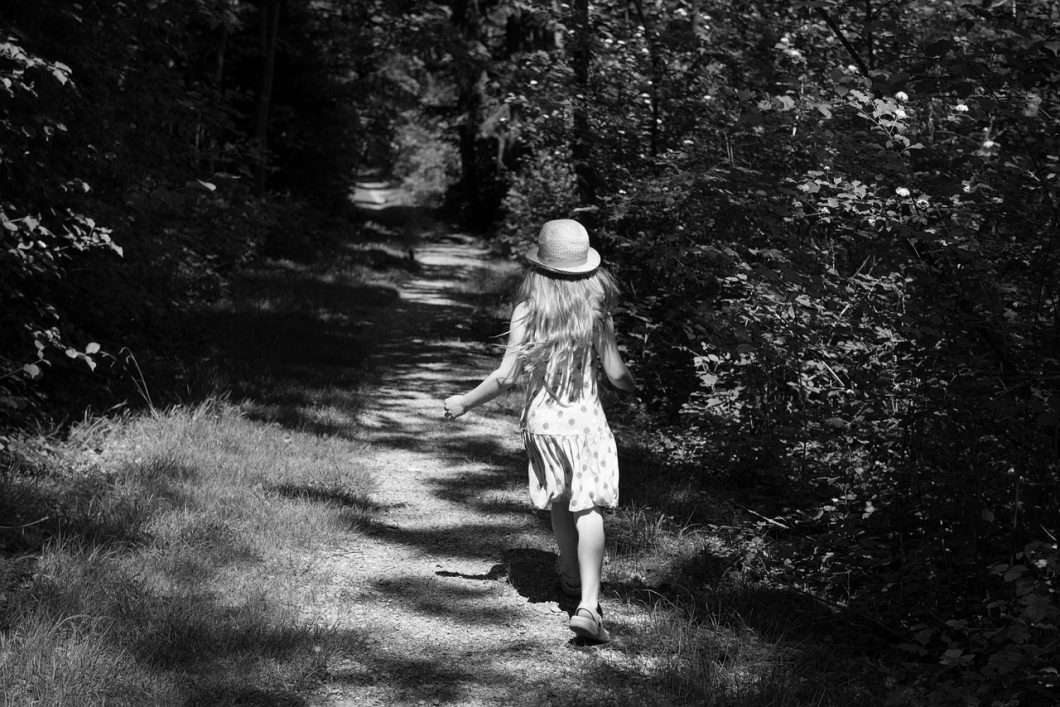 Im not a fan of running. Running, with no destination. I will run a race, I will run to catch my children I will run to get somewhere, but not for the sake of runing, like for exercise. I hate running.

Yet for most part of my life, I found myself running.

At the age of 9 my family moved to a new country. Having to learn a new language, make new friends, and adjust to a whole new way of life, wasn’t easy. What was more difficult though was that at that time my father abandoned me, he abandoned my family.

Even though I was 9, I didn’t understand why my father was leaving us. He told us that he was sick and they told us that if we convince him and push him hard, he won’t want to leave us. But they were wrong.

And so I ran. I ran after explanation and clarity.

I used to think I was strong and capable and I can do anything. If I can do anything, I can for sure convince my father to stay.
I was wrong.
When he saw me he ran.
I tried catching up to him but he ran faster. And never came back.

Since that day my life has never been the same.

This became a big secret. My family didn’t speak much of it, especially me. I was ashamed and kept it all inside.

My teenage years were difficult. I wanted to hide when people spoke about their father, and when people inquired my last name. My father was dead, and it was my fault.

Deep inside I craved to share my story, I wanted people to know my secret and be OK with it, but shame was greater than all that.

I ran after feeling like I belong and to be just as normal as everyone else.

It was a few years later that I wanted to look for him. I craved a relationship with a father, but wasn’t sure how to go about it.

So I ran after him in my fantasies.

I secretly hoped that I was good enough for him and that he must love me.

I secretly thought that if I cried so deep and begged so hard, he would come back home.

I secretly hoped I would bump into him in his new hometown.

It never happened, it was all in my head and the pointless running continued.

I finally reached out.

We spoke about wanting to create a relationship and to begin again.

I ran after that little girl who once knew him. With no memory left of my childhood, I had nothing to hold on to. I didn’t know where she was and this man was a complete stranger.

I felt as if I was doing all the hard work trying to reconnect. I was all alone.

I was running after something that wasn’t there for my taking.

My pattern of denial was quickly catching up to me.

I took a deep breath and told myself, it was OK to stop running.

I continue searching for that little girl who was once strong and confident and remind her to never run again.

And then it became all clear.

Children who grow up running after love and attention from a parent, will only know to run after relationships. We are attracted to personalities that need us, causing us to feel secure in this relationship. If we are needed, we won’t need to run after it. So we give, make others happy, always putting others ahead of us.

We invest so much time on thinking about what everyone else thinks and feels that we become numb to our own feelings. We don’t know what we feel, who we are, and what we need.

With no awareness of our feelings, we have very little or no self worth. We don’t know how to truly give and love ourselves. It’s only when we find love and worhtiness in our own hearts, can we truly love others.

We need to dig deep inside ourselves, not be ashamed and get to know ourselves.

The love, beauty and worthiness is all there.

There’s no need to run.