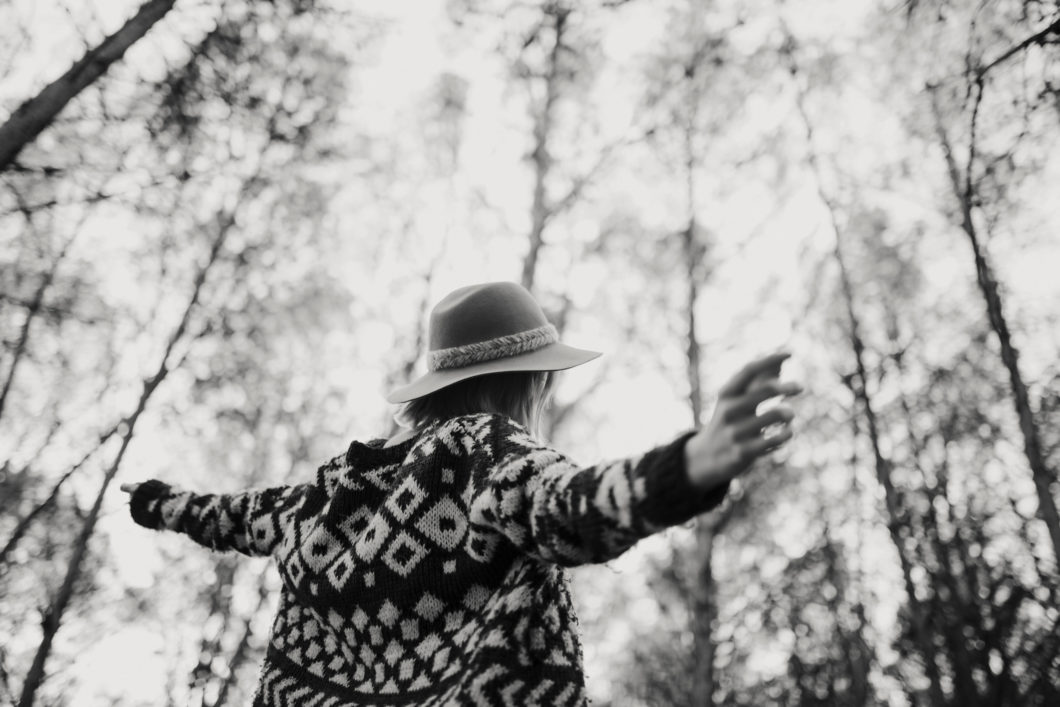 Developmentally, we change from being codependent to independent to interdependent. A baby in a womb, a teenager rebelling from the traditional ideas and, finally, to a marriage where one can depend on the other interchangeably.

My experience in being becoming religious however, has challenged my independence. Before I began my bàal teshuva journey, I was ambitious to try new things outside of the box ie. Model, travel, and even go to a bar. It wasn’t about what I was doing, but rather the positive self discovery that occurred. Becoming comfortable with my body in space, getting outside of my head was always refreshing for me.

As the motivation to become closer to Hashem grew, I slowly let go of those experiences. At the same time, I wanted to “depend” so much on Hashem that I became dependent on doing mitzvoth as a way to deal with the anxiety of the unknown. Unable to deal with emotions related to personal identity and adulthood, I felt compelled to do a religious act to fit in the box. Cortisol shot they called it.

It came to a point where chitas kept me up at night over hanging out with family members and friends. I was compelled to numbing myself through religious acts and I also sought the attention that I received from it.

My first marriage was a reflection of this codependent triad between me, my husband and Gd. It never was about us, our intimate lives unwinding. It was about our roles as we lived codependent to fulfill a Gd, or our expectations of what was asked upon us from what we learned from others. We weren’t serving Gd, we were serving a pharaoh, of what we thought we were entitled to with the “holy acts”.

After our first child, I sensed the breakage in our relationship. That we actually didn’t feel so close to each other, but to this system that we both wanted to be a part of so badly. I started working with a healer about strengthening my independent self, and reclaiming my free choice, which I felt like I lost when I became religious.

I am crying as I write this because so many of us fall for religious observance under so many false promises. False pretenses from what we see in others. The white picket fence has become the glowing several candles of shabbos, the lavish shabbos meals, and the feeling of being a part of a shul.

Well, I didn’t have those things. I felt entitled to it. Cooking huge meals were not meaningful to me, and the people in my shul were standoffish. Birth control became the norm once my relationship with my husband grew in question.

I couldn’t stand the mediocrity that I was being accustomed to. And so I broke the marriage that held it all. All the imaginings of what I thought life owed me. And that was that. 5 years of trying to make the chassidic lifestyle happen for me. Well, it just wasn’t happening.

I worked on strengthening myself, reclaiming my free choice. I can’t describe what that meant, but to feel I could do what I wanted. The more I gave myself permission to do the out of the box stuff, the more I felt empowered.

Once I went to rooftop bar in NYC and I met these two Israelis who wore magen davids necklaces. And we danced next to each other they told me “Hashem loves you”. Here I was at a bar and had never been told during any religious experience that Hashem loved me. And only in the bar did I feel Hashem’s presence the most.

That is all I wanted to feel safe, guided by divine instructions and comfortable within. The more I opened myself to feeling Hashem in the most unconventional places, the more I began to realize how infinite Hashem truly is.

I also found how truly capable I am to be an independent being with free choice. Opening myself to this idea has given me a greater sense of well being then ever before. My divorce with my husband wasn’t about religion or him. It was about me finding me. Me learning to be me. Me grappling with my wants that didn’t fall into being classically Jewish.

Yes I am Orthodox in my halachic experience, but I am so much more. I have let go of being codependent on something external to define me. I crave to be defined internally and this is my journey.