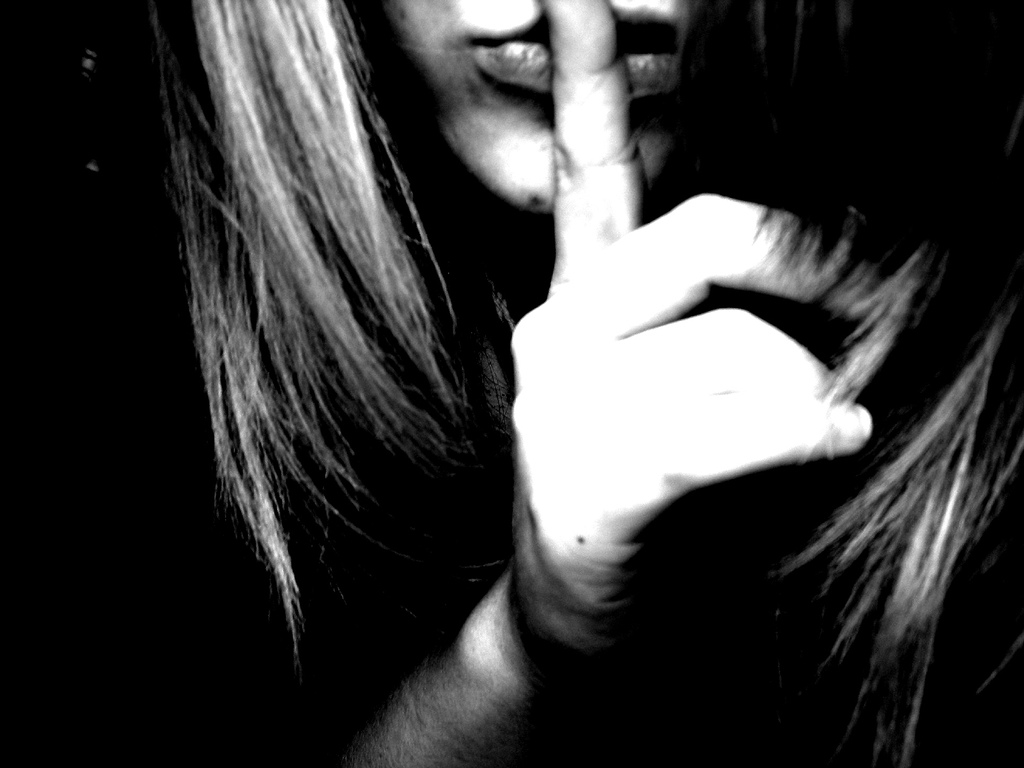 I’m your neighbor, your friend’s sister, your daughter-in-law, your daughter, your mother, your wife. Maybe I’m you. I’m willing to bet there’s a lot of us out there. You can’t tell by looking at us. Oh yes, we know how to play the game. We know how to dress, how to speak, where to shop, where to be seen. We are part of the chorus – we blend into a sea of other faces and wigs on stage – nothing noteworthy or conspicuous about us.

That’s right, it’s usually not the loud raging orthodox feminist, questioning everything from rabbis, to skirt lengths, to niddah, to hair covering, to women’s roles in Judaism who are secretly off the derech. See, the angry women are the ones who are still in it – they still care enough to get mad. That’s what they say, right? The other side of love isn’t hate- it’s apathy. When you just don’t care anymore – that’s when you know you’re done. That’s when I knew I was done.

At first I thought I had just snapped. I was so sick of the false piety and fawning over men lauded at dinners that eventually ended up in prison. I was sick of the “Real Housewives” cattiness of mothers in the PTA. I was tired of the shiurim trying to demonize feminism yet convince us that women really do have a special role to play that is highly valued and in line with our natural abilities and desires – babymaking and homemaking. I was tired of sitting in the back of the shul behind a barrier. I was tired of my vagina dictating when I could pass the car keys to my husband. I was tired. At first I was mad, but then I was just tired. So I stopped.

How did that go over, you ask? Like a fly in a china shop, it’s gone relatively unnoticed. That’s how I want it. Being part of the chorus enables me a freedom that playing a leading role wouldn’t. Oh sure, my husband noticed that I stopped going to shul, and is sometimes annoyed that I don’t attend all of the community dinners with him that I used to. However, he has his chevra at shul and I mainly infringed on his guy time at kiddish anyway. Also, he never really enjoyed the dinners, and without a wife to nag him into going, he doesn’t really mind skipping most of them. Spending time volunteering at our kid’s school was never something he cared about me doing one way or the other, so that’s been a non-issue.

The other stuff? I still keep kosher to my husband’s pretty meticulous standards. Nothing has changed in that department. I don’t really know if keeping kosher is a strong priority for me, but it’s not difficult to do it and I would never do anything to compromise the observance of my family, who are complete believers in the entire system. I haven’t eaten treif food, and I don’t have the desire to. Shabbos and yom tov are also kept to the fullest, as again, that is family time, and I have an obligation to preserve our home environment. If I ever found myself on my own, all the kids grown and out of the house and myself unmarried would I keep these things? Maybe not – or at least not around my children. However, I live in a houseful of Torah observant people, so that’s what I do at this point and time.

I still dress with tznius guidelines in mind, but push the boundaries in my wardrobe choices. Everything is technically kosher (shells, sleeves, skirts below the knee (not 4 inches, but still) – nothing in my wardrobe stands out as being flashy. Even so, I wear trendy items that I feel comfortable wearing – items that the Yeshivish or right wing modern orthodox crowd wouldn’t wear. My hair is covered by a topper wig that is a tiny bit of wig, but mostly my own hair blended in. Sometimes I wear hats with my ponytail out that people may or may not think is a wig, and I don’t correct them in thinking it’s fake hair. I’ve still maintained my friendships with other frum women, because I still look enough like they do not to raise too many alarms. I stopped covering my hair at home unless there is an unrelated male over 13 in the house, but I’ve been caught bare headed by unexpected visitors. Sometimes I don’t scramble to cover it. It’s my dang house!

I basically do as little as possible – because I honestly don’t believe in all of the tznius minutia that has been created by men and women and turned into law. Women are made to wear uncomfortable clothing that restricts movement in order to control our behavior and our ability to do various activities, and I don’t buy into that anymore. Living in a more modern community, as I do, it’s easier to get away with the things I describe.

As far as taharat hamishpacha – I’ve always hated the practice and feel it’s had a detrimental effect on my marriage. Finally, after many years of frequent mikvah trips, I made the decision to give myself a break. My husband would never stay married to me if I told him I wasn’t going to the mikvah anymore, and keeping my family together is my top priority. However, I was so miserable that I had to do something. He knows I’m miserable, yet still insists I keep going. I wasn’t going to lie to him about going when I hadn’t, so I did the only thing available to me – I started lying about not being able to do a bedika and spotting. In this way, even though we can’t be together or even share a hug, I can get a break every other month or so from going to the mikvah. Is he happy about this? No. But hey, it’s not my fault if my body isn’t cooperating, right?

So this is how I survive. If you ask me if I believe in Hashem, yes, I still do…but I don’t believe in people. I don’t believe in the Orthodox social construct that people are living today, and I don’t want to be a part of it. Unfortunately, I am a part of it….but I live on the outskirts…I am part of the chorus and there may be others mouthing the words back there along with me.