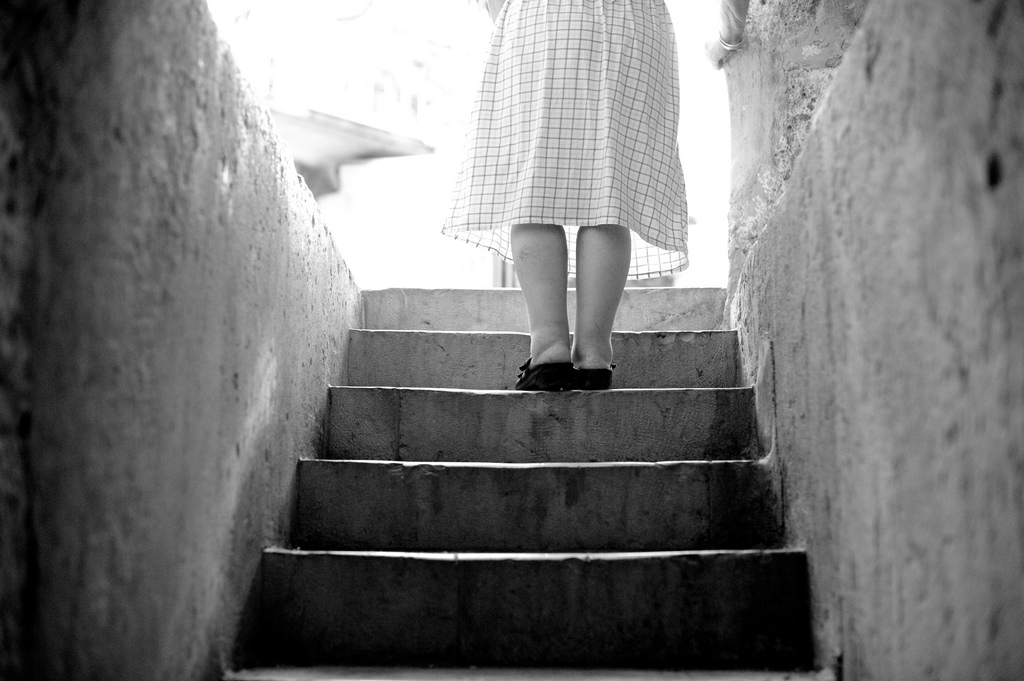 We have Orthodoxy all wrong. A common perception among the Orthodox is that their way of life is the only moral way to do what Hashem wants of us. I grew up like that. I don’t believe it anymore.

Because here’s the funny thing about Orthodoxy. It should be defined as a group of people who strictly keep the mitzvos. All the mitzvos, or realistically, as many as possible as best as they can. But realistically, that’s not how it works it out.

See, some mitzvahs are more valued then others. We are not meant to value mitzvahs and their rewards, but in all honesty, we do. Tznius is over-emphasised for women to the point that it undermines itself. Instead of stam worrying about out looks, we’re obsessing over skirt lengths and belittling other, actual mitzvos. (Tznius as a dress code is not mentioned in Tanach whatsoever.)

Keeping kosher is extremely important. Keeping shabbos. Davening in shule. Not being LGBT. The cornerstones of Orthodox life. Drop any of those, wear pants, eat non-kosher, stop going to shule, fall in love with someone of the same gender, and you’ve gone Off the Derech. Those are the rules. You’ll notice, they are largely Bein Adam LaMakom, between humanity and Hashem.

And then there are the mitzvahs that are less valued. Speaking kindly of each other. Judging favourably. Not embarrassing people. They’re given a lot of lip service, sure, but they’re not valued the same. Eating non-kosher is BAD, while being rude to someone is just bad. Wearing pants is GOING OFF THE DERECH, but saying something racist can be totally accepted. Rapists and molesters are hidden away, their victims left to struggle in stifling silence, while the perpetrators are left, not only to roam free, but to remain Orthodox.

Racism, sexism, ableism, homophobia, fat shaming, it’s all there and acceptable. Engage in any of it and you might get a few funny looks, you might get told to cut it out, but you’re still Orthodox. We have our priorities all backwards.

I said before that we aren’t supposed to value mitzvos and their rewards. I’m going to contradict myself a bit. Because we are taught to seriously value some mitzvos. The generation of the flood were destroyed for stealing and murdering each other. The generation of the tower, trying to fight Hashem Themselves, were merely given different languages and dispersed. Our first exile as a people was 70 years, for the crime of idol worship and forbidden relationships (and murder; but largely Bein Adam LaMakom). Our current exile is over two thousand years for Sin’at Chinam. On top of that… just one more example, we know we are not supposed to lie or repeat falsehoods. Aharon HaCohen would lie to arguing people in order to bring peace between them. There is a very strong emphasis in our tradition of treating people well, at the expense of complete truth. That fighting Hashem, which is part of the territory of being Jewish, is far less serious than fighting between ourselves.

So while Orthodoxy should be defined as keeping as many mitzvos as best we can, that’s simply not what it is. Orthodoxy is an emphasis on certain mitzvos, and certain elements of lifestyle over others, all the while believing that this is the only way to be good and moral.
Orthodoxy is wrong.

And before you say ‘well the rapists aren’t really Orthodox then are they’ – they are hidden from police. Their victims are hushed and blamed. They are still called up to the Torah and they still run schools and they still get invited out for Shabbos lunch. They are Orthodox.

And before you say ‘don’t judge Judaism by the Jews’ – Judaism is built upon community and family. Judaism *is* the Jews.

So, I am no longer Orthodox. I can’t stay in a community in which going out for Shabbos means sitting at the table and listening to people say sexist, racist, homophobic, awful awful things. When I’m shouted down, ignored, made to sit in the dark (this happened once), because I am not a man. Where I’m never asked for a Dvar Torah, where other people who don’t fit the mold are mocked and belittled, I can’t stay. I can’t fight when I am not a straight man, when my voice is stripped away, when my rights are ignored. I wish I could make it better, but that’s beyond me. I cannot jail every rapist, I cannot teach every woman that we need to see each other and strangers as more than skirt lengths and kugel recipes because the other voices are too loud and too powerful.

I know there are other communities out there, I know this is not all of Judaism, and I cling to that with desperation. I don’t live in a metropolis of Jewish life, I don’t have many options. At least not everyone feels so alienated.

So yeah, I grew up Orthodox. I thought that would be my whole life forever. I’m heartbroken to walk away, but staying would mean belittling myself and my dignity and my mental health. And Pikuach Nefesh is supposed to come first. So I’m still religious. I’m still deeply connected to our heritage, to our ancestors, to Hashem. I still want to do good. I still have values. But I can’t be Orthodox anymore. And I’m sorry for that.