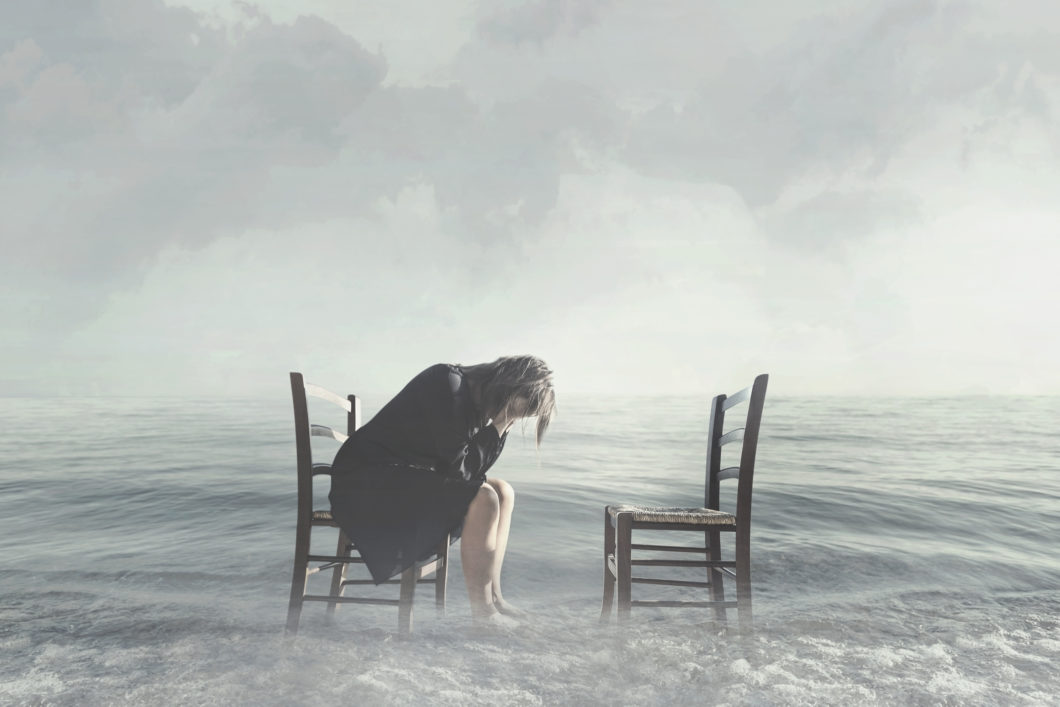 He began his slow decline one night 4 years ago as the rockets were falling through the city of Ashdod. He spoke of the pounding and crackling sounds to his friend after he took his daily walk. His people were dying, but the friend of Empathy-her people-they too were dying. Across real time and virtual space the two friends defended their lives, the homes they loved, but still listened to each other’s pain. Or so it seemed to Empathy. Then the friend disappeared into oblivion. One minute exchanging facts, the next moment gone like a wisp of fog. Empathy never heard back from her in over 3 years, the 3 years in which they both moved, married, and entered deeper into the sanctuary of their religions. Empathy was left in figurative rubble. Standing in literal rubble.

Empathy’s condition worsened. It worsened the night he told another friend about the mother who wanted to kill herself, the mother he both feared and loved. Yet another friend pushed him far, far away. The years didn’t only pass Empathy by that time; a wife’s grandfather died, a friend miscarried, another raped, another assaulted by his mother. Empathy’s people borne illness and pain and death spread across his circles. Yet the past conflict made his friend uncomfortable, so the friend abandoned all who ever touched Empathy. Perhaps Empathy was like one with tzaraas. Perhaps the tzaraas was spreading.

Empathy began to grown senile. May that’s why he saw his presence unwanted at festivals, where people would attempt to glorify it for his work with “the blacks”. He could find no way to humanize the children to them….. put through a little bit of their humor, their smarts, their kindliness. Where he saw intelligence, they saw stupidity. Where he saw resilience, they saw a bother, a nuance to be got ridden of in favor of wealthier, whiter children. Even their murders, the constant news of their murders in papers and videos touched so few. Empathy feared for the lives of his black students, friends, and colleagues. His community feared for their hours lost to traffic jams. For the lost reputation of the profession chained to their death memories. So few grieved the dead.

In his last years, Empathy lost all passion for causes. He couldn’t swallow any longer the degradation of values, of basic human decency. He witnessed people mock the survivors of mass shootings. His ears could not believe the words buzzing amidst the crowds: entitled, brat, actors, whiner, scum, garbage. His rage burst forth like a firework, exploding at the lines that his people had crossed, his community had crossed, the basic instincts of the human soul lost for the need to win, win, win! He swallowed their words and forced them out as vomit: YOU. SHALL. NOT. CALL. YOURSELF. A. HUMAN. YOU. ARE. NOT. LIKE. ME! He regurgitated fire, and the people finally shut up. But on they muttered, outside of his hearing, yet another handful of friends lost in the name of morality.

On his last day, Empathy crawled under the covers and awaiting the peace of eternal sleep, away from the whisperers, the butchers, the serpent tongues, and the relentless winners. But before He passed he wrote these last words: is this what has come of my presence in this world?