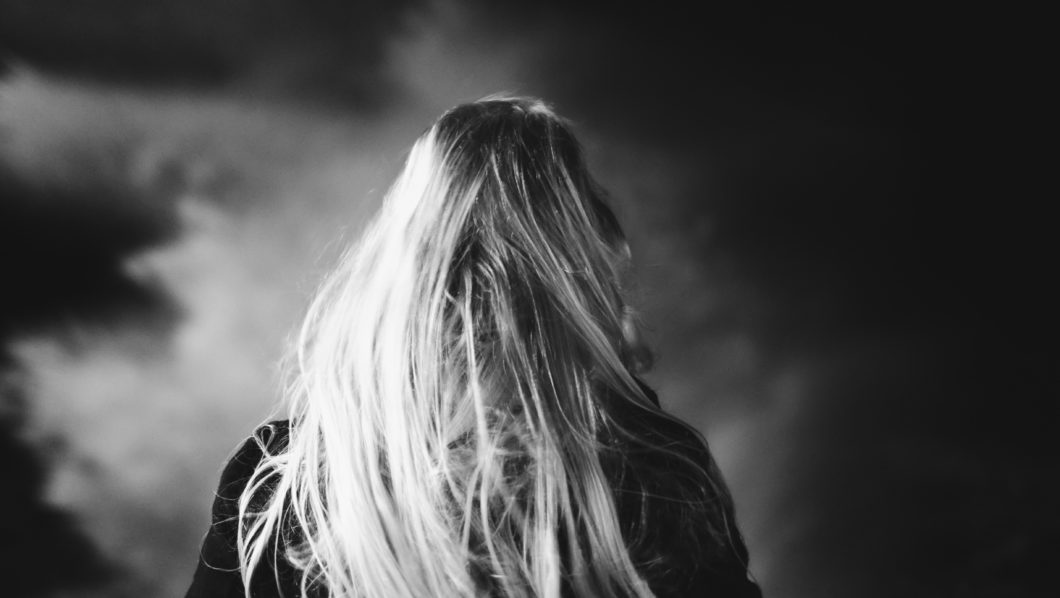 “Slow down. I know you like it fast, but I like it slow.”
I feel a sense of hurt, and can’t explain why, but I don’t stop. As asked, my grip grows firm as he grows in my hand, and I slow down, trying my best to please him.

Months later, I hear other words replay over and over again in my head, and it makes sense why they’ve stuck. They were hurtful, they were manipulative. With hindsight, of course I have 20-20 vision.

His breathing gets a little louder, his eyes close, and I feel wetness through his boxer shorts.
“Do you want to go wash your hands?” he asks, showing me the most concern he’s shown me all day.
I shake my head.

We lay there, side by side, in silence for a few short moments. I feel his hand resting on my stomach, under my shirt but over my shell, slowly creeping its way up to my chest.
“Take off your bra.”
I don’t respond.
“Take off your bra,” he says again.
I shake my head ever so slightly.
“Why not?”

I knew what was to come next. I’d heard him say it before, a week ago, when he first made any physical contact with me. How, once you’re touching, there’s no halachic difference between touching in one way verses another. I had been dating him seriously, we exchanged I love you’s, and he’d told me he wanted to marry me. So yeah, I was okay playing footsy. But I wasn’t okay with him putting his arm around me. And I certainly wasn’t okay with this.
But how do I stop it? How do I go back in time, and undo what was done? He said he wanted to marry me. I vowed when I was a little kid that the only person I’d ever touch was my husband. He touched me, and I let him, so he had to be my husband. And now, my sole job was to keep him happy, so that he’d marry me. He had to. I needed him to. I didn’t know what I would do with myself if he didn’t. The end was the only way to justify the means.

So I oblige. I unhook my bra and cast it off to the side. He massages me through my shell. He slowly starts pushing up my shell, and I gently push his hands away.
“Can you take off your shell, too?”
“No,” I respond. I feel like this is an acceptable response. He asked, so I answered. Wasn’t my pushing his hands away a clear sign that my answer would be a no?

“Please,” he whispers, resting his head on my stomach.
“Okay,” I say, scared out of my mind, but not sure what else to do. “But promise me you’ll keep your eyes closed.”
“What difference does that make?” he asks me quizzically.
“I just don’t feel comfortable.” With this. With any of this, I wanted to scream. I wanted to cry. But I couldn’t. I focused on the tiny lights above my head, trying to focus on the hint of purple they were emitting.
“Okay, I promise.”

I push my shell up, and his hands creep up my bare skin. I see his eyes flutter open for all of half a second. The feeling of betrayal slapped me across the face and brought me back down to the moment.
“Please, you’re so beautiful, I just want to see you.”
“Okay,” I whisper. Again, I drift off, up, up and away. Like this isn’t happening to me. It’s someone else.
His eyes open.
“Can I tug a little?”
I barely nod. No point fighting it anymore. I remain focused on the lights. I can’t feel a thing.
It’s someone else. He doesn’t ask her if it feels good, or what would feel good. She feels nothing at all. He seems to be enjoying the experience, and she’s not fighting it, so she must be enjoying it too. But she knows, and he knows – he looks at her body, not at her. He looks at her with lust, not love.
She’s just trying to get through the shooting so she can collect her payment and go home.

She vaguely remembers putting her blouse back on, walking him to the door, and him giving her an obligatory peck on the cheek as a sign of his affection. He jokingly says he’ll pick her up in the morning to go to shul. He walks up the basement steps, and leaves.

Five hours later, I wake up in my own skin.
It’s late morning. I rush to say brachos and get dressed. I try to focus on the words, but all I can focus on is how frustrated I am that I can’t hop into a hot shower to burn off my top layer of skin.
He picks me up, being a perfect gentleman to my hosts, and off we go. He starts talking about some book he’s reading. Or something in the news about Trump. I can’t remember. I don’t say a word. I can’t say anything. My throat is closing up.

He finally notices I’m being uncharacteristically reticent, that I’m not my usual bubbly self.
“Are you okay?”
I shake my head slightly, and a tear rolls down my cheek.
“Do you want to find somewhere to go talk?”
I nod. We make our way back to the house, through the door that leads to the basement. We sit on my made bed. He looks at me with the most care he’s shown for me in the past two days since I got here. I ask him if we could just sit in silence as he holds my hand. I just need him to be next to me. To be with me. To hold me. To love me. To let me cry.

Tears stream down my cheeks. I don’t make a sound. He gently wipes away my tears.
He’s the first to break the silence. “Is this about last night?”
I nod. He watches me cry harder. He wraps his arms around me, pulling me into him, muffling my whimpers and letting his suit jacket soak up my tears.
He pulls away to look me in the eyes and says apologetically, “I knew you weren’t in a place to say yes, but I asked you anyways, so I could take some of the blame off of me and put it on you.”

HOLD ON. How did you KNOW I wasn’t in a place to say yes?

Ahhh. Because you put me there. You spent all day Friday acting distant, withholding affection, making me feel like sh*t for no good reason, not letting me in and telling me what was on your mind or what I did wrong or what I could do to make it better. After I traveled to see you. And spent all morning in an interview for a career path that I don’t really want, giving up on my real professional dreams, so that I could be with you. Then at Friday night dinner with your family, you make absolutely no effort to see that I feel included in the conversation. I’m beyond overwhelmed, and you’re totally oblivious.

And then finally late Friday night you show me some affection. Even if it feels wrong, of course I’m going to do whatever I can to hold on it, to get it back.

No, he never pinned my hands above my head and never physically coerced me. I am not a victim of rape. He never hit me, so it wasn’t physical abuse, and never outright told me I was a slut or whore or called me any other name or uttered any explicit put down you can think of, so that rules out verbal abuse. But he did toy with my emotions. He did play hot and cold. He did blame me for his bad moods. He did tell me how I didn’t love him or care about him enough. How I wasn’t appreciative enough, how I didn’t praise him enough. How I didn’t know how to care for him like his mother and sisters did.

I wish my story was unique, that nobody else had to endure this kind of emotional pain and turmoil. But it’s all too common. I’ve read too many articles similar to this one.

This was emotional abuse. It’s elusive and confusing as hell. But it’s real.