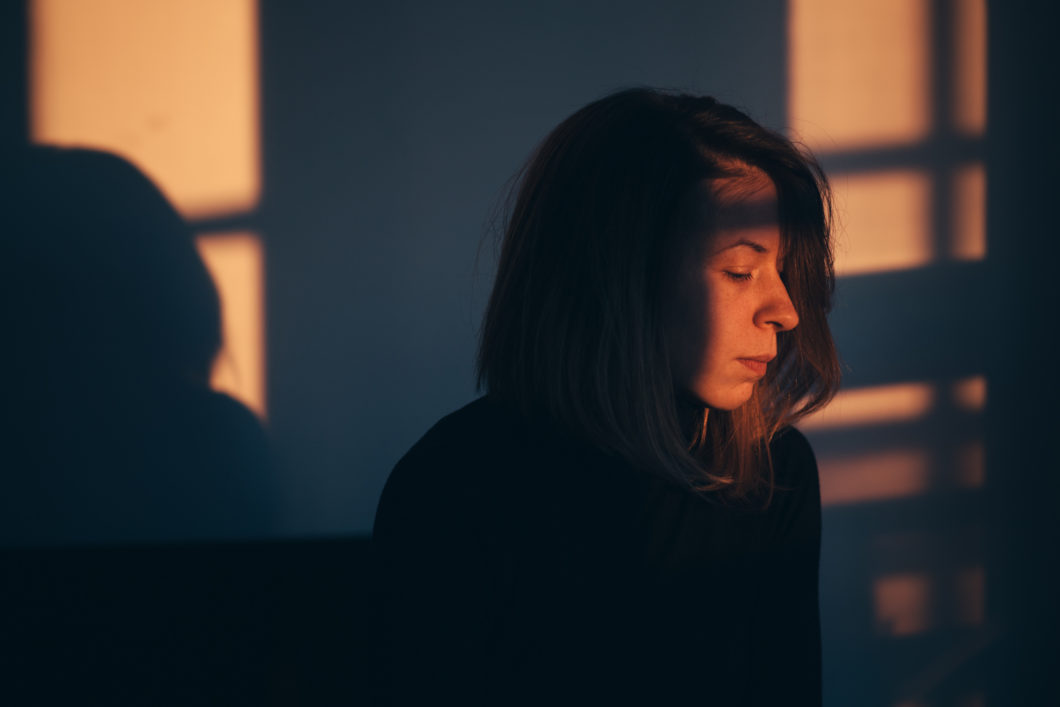 The exact moment I knew I’d be safe in Judaism, my brother found out he was not.

I remember the walls of the room we were in. The grey movable walls that defined several classrooms and folding chairs that are typically found in a basement Hebrew school.

We were in the room to the right, with our peers sitting around a table with you. Notes scattered around us, gematria written on the chalkboard. I was gazing up at you like you were the most holy person on the planet; certainly the most I’d ever met. Remember that time I asked you if your husband, Rabbi X was a tzadik? That was real. I truly believed in your goodness. I was young, impressionable and wrong.

During that time, I was eleven years old. Outside of my spiritual studies, I had been going through my first real and probably hardest bout of depression. I had, the week prior, tried drowning myself in the bathtub at home. I woke up every morning momentarily blank. I would sit up in bed, quiet, before filling with dread. My mind would kindly reminded me: Gay. I might be gay. Well, I couldn’t be gay. Not that, no. Maybe Bi, hadn’t I had crushes on boys before? Just don’t think of it. Put on clothes. Smile. Eat. Don’t think about it… But if I was, what would I do? I’d be alone, no one to be with me. All alone. Dread.

My mind would not grant me the gift of silence and I had been going crazy that entire spring. I was so scared to assume the person I was. Too afraid to be… And yet, at Hebrew school, I felt at peace. My mother dropped us off together, and despite the turmoil at home, and in my mind, at Hebrew school there were narratives about right and wrong. Kind and strong heroes, and most of all, meaning.

I remember sitting there, it was a Wednesday. The small class, all of us looking at you as you animatedly recounted the stories in the parsha. We were hooked. I asked you questions that you often delighted in. We had a special bond you and I, I always knew that. You saw my inclination towards the divine and I saw you as my trusted guide towards what my Neshama had already known. I sat there, on that Wednesday, and entrusted you with all of my being when I asked, “Is it okay to be gay?”

You responded without pause. “Well actually, the Torah is more lenient towards women relationships than men. It’s not ideal, but more okay to be a lesbian, that women have strong bonds. Our womanly nature lends itself to very close relationships.”

However, you mentioned, “Being gay is very wrong.”

You went into detail about how terrible gay men were in the eyes of HaShem and the Torah. In that moment, my heart melted. I was relieved. How beautiful is it, I thought, that my religion, my truth, really does support me? It was okay. I was going to be okay. I could be gay and follow my derech.

I left that day, never feeling more connected to Judaism. I didn’t come out of the closet yet, in fact, I stayed in for many more years. Years with ups and downs with depression and suppressing who I was. For months I would be able to distract myself from my sexuality, only to be hit hard with a reminder after seeing a movie, or another trigger.

It wasn’t until I was 19 years old, had dropped out of college and moved in with the only gay person I knew that I had told anyone I was questioning my sexuality. In reality, I knew. I had known all along. I had been attracted to girls as long I had been to boys, and in many ways almost more, but for the time being, it felt like a great weight off my shoulders. After I told my gay roommate, I told his sister, who also happened to be my best friend, the truth. And when she reacted well, I tried to tell my brother.

I got on my cell phone one afternoon and gave my brother a call. I spoke to him about his last year in high school and his campaign against slut shaming that he started. I was so proud of him and his insane social activism. At the same time, I felt envious, wishing I had been more true to myself when I was his age. It was true admiration.

I asked him, “Do you remember that day in Hebrew school when I asked Mrs. X about being gay?”

There was a long pause. Finally, he answered yes.

I went on, “Well, I asked that, being I had been struggling for so long with my sexuality, and while I found comfort in it..”

He cut me off, “You know, I believe in a perfect world, no one would have to ‘come out’ because no one would assume straightness to begin with.”

I agreed and it took so much tension off, he was one step ahead of me and already icing my wound.

“Well, Mrs. X’s answer gave me a lot of relief, because I’m Bi and it made me realize I can still practice the religion I love and be true to who I am.”

I had finally said it! My brother laughed.

“I can’t believe you remember that moment so well! That’s the exact moment I decided I didn’t believe in G-d at all.”

It was a year later that he would come out to me as gay. My brother sat next to me in those damn folding chairs and was crushed by the words that had healed me as a child. I will never forget that day.

I still didn’t blame you for the double message you gave to me and my sibling so many years ago. You were my angel, and my religious mother. You gave me everything I knew about Judaism, which despite obstacles, I still cherished and practiced into my adulthood. I guess that’s one point for Chabad, zero for secular suburban Jewry.

It wasn’t until I went to you for a crash course on Kallah classes before my wedding that my trust in you was shattered. I don’t remember how this topic got brought up because I am still blinded by your words, but you said you believed in gay-conversion therapy. I’m not sure how I responded, but I walked out your door, and hardly spoke to you since. I was heartbroken.

You would call every once and awhile after, calling me by my Hebrew name like we were still connected, but our soul umbilical cord had been cut by your ignorance and hate towards what you do not know.

I am reminded of this all today when I decided to call you. I had a particular mitzvah to do and I knew you could help. After you helped me, which you did; we began schmoozing. You asked me about myself and marriage which was so nice of you. You asked me about work and my parents. Then you asked about my brother.

“Is he married yet?”

You didn’t respond, so I did, saying “You know he’s gay right?”

And you said, “Wow, that’s so difficult, what a shame.”

Swiftly, like he wasn’t even worth your breath anymore, you asked me about my husband.

I was standing in my kitchen, at a loss for the emotions I was feeling and stuttered out, “Well, actually on that note, I must go, my husband has made me dinner! Good night.”

I think that is the last time I will talk to you, and so I also meant, goodbye.

Orthodox Judaism will have a serious problem on its hands if it does not get with the program of acceptance and righteousness. Queer people are everywhere, even in the most extreme folds of orthodoxy, and as society marches forward in acceptance of the LGBTQIA community, the more we will feel comfortable being who we are. I hope all of the LGBTQIA Jewish children are granted the relief I felt all those years ago, knowing HaShem accepted me and was a part of me, queerness and all, and not how my brother felt, thinking HaShem had no part in his beautiful creation.