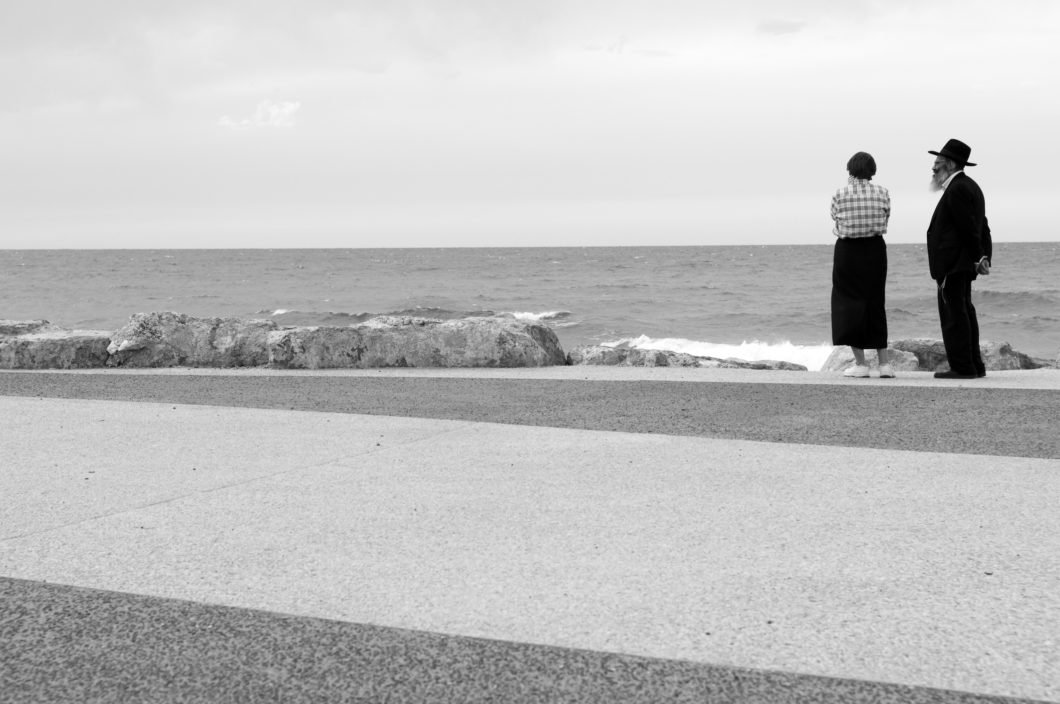 What happens if the halacha is wrong?

I was wasting time, as usual, on my frum women’s groups when I had another uncomfortable encounter with “the halacha”. “I can’t get pregnant”, a sorrowed woman told us, because I ovulate on day 9.” Maybe she can never get pregnant, hold a baby in her arms because “halacha” or maybe she will but at the cost of mood swings and weight gain and increased risk of blood clots and whatever laundry list of side effects come with the medical cure for the halachic problem. What pain in the name of serving Hashem.

Except…. What if the halacha is wrong?

I was talking to a mother grieving her OTD daughter. They were still talking, still keeping in touch, but she finally asked us what to do about the non-Jewish man her daughter intended to marry. A good man, a respectful man, and how many mothers like her were told, halachically, they could not attend the wedding or even in some cases allow the son-in-law into their family life. “It would go against our values” or “the other children in the house would see and be led astray.” A choice for some, the force of a psak for others. How much suffering must that mother and daughter feel, for the daughter to have to choose between her husband and her mother? Between her values of lack of belief in the faith, in rejection of the morality of this faith, and her family? How much does the mother cry when her decision leads to lifelong estrangement not only from her daughter but her possible grandchildren?

But… what if the halacha is wrong?

My husband’s friend was severely depressed in yeshiva, and sometimes no amount of shaking and yelling could wake him for morning classes. He roamed the halls late at night reciting poetry and then slept in late, lacking the will to go about his days. I’m told he missed the arts, a field he was no longer involved in due to their rigorous Shabbat-heavy performance schedules. But more than that, I’m told he felt lonely. He was a gay man, and he knew by force of the halacha he would never be allowed companionship. In his “return” to the faith, he had committed to living and dying alone in the world…. Without husband, without children, without ever experiencing romantic love requited.

Yet… what if the Halacha is wrong?

I was talking to another woman who didn’t want to have a baby. She was the one who had never wanted, or didn’t want right now. She was the one who didn’t have the money or the emotional health to nurture a life. She was the one who had no children or had enough for her lifetime. The birth control wasn’t good for her, she said. It was this side effect or that one, this medical fragility no method could circumvent and leave her whole. All she wanted was for her husband to take the responsibility, to use the one method of prevention that would cause him no harm. But the halacha does not bend for wasted seed. It didn’t matter that he was “wasting seed” all his life, by nightly accidents and by biology, by days in which they were intimate and the sperm died or was rejected. The rules were the rules, she said, and the halacha fell all on her hands and her body…. Not his.

And what if the halacha is wrong?

I was thinking about all the things that used to bring me joy in my deep-seated clinical depression. I talked about it with the other women. “Remember when we used to sing in public, the melody bringing us to laugh and smile? We still sing now, yet it is harder, rarer, the way we tiptoe around the Shabbos guests in those few free moments we might have to sing. Remember when we used to hug, and I could cry in my husband’s arms when the darkness pricked me like a needle? I can still hug him, sometimes, but not today, nor tomorrow, not when I need it most. Remember when I could sit at my great grandmother’s table and eat the blintzes she so proudly laid out for me? Her memory is going, she points to the album pictures of her mother and nannies and says they are her now, but the making and sharing of meals is second nature. She never understands why I turn down the food, never remembers that I keep kosher, never registers why I can’t come for her weekend birthday parties because it would be impossible to catch a flight before the Shabbat comes. It’s not the food that I miss, but the time together…. The bond. The ability to accept a proudly given gift from a dying woman.

And what is it’s all wrong?

Then what do I feel? What is my life? What excuses can I give when I approach G-d on high and tell him I rejected my mother, my daughter, refused to be loved, refused to love, denied a dying woman her last wish? What will my husband say on high when he says he watched me cry alone in the name of the Law, in the name of the makers of his faith who, it turns out, had erred? Can he say simply “but I followed the G-d that CHAZAL told me to?” Can I say “but I followed the G-d that Maimonides told me to?” Can we say that we were like Avrohom, that we made sacrifices that went against the Truth of G-d in the name of G-d, because this time, there was no angel to stop us from the unthinkable? And then…… will G-d forgive us?