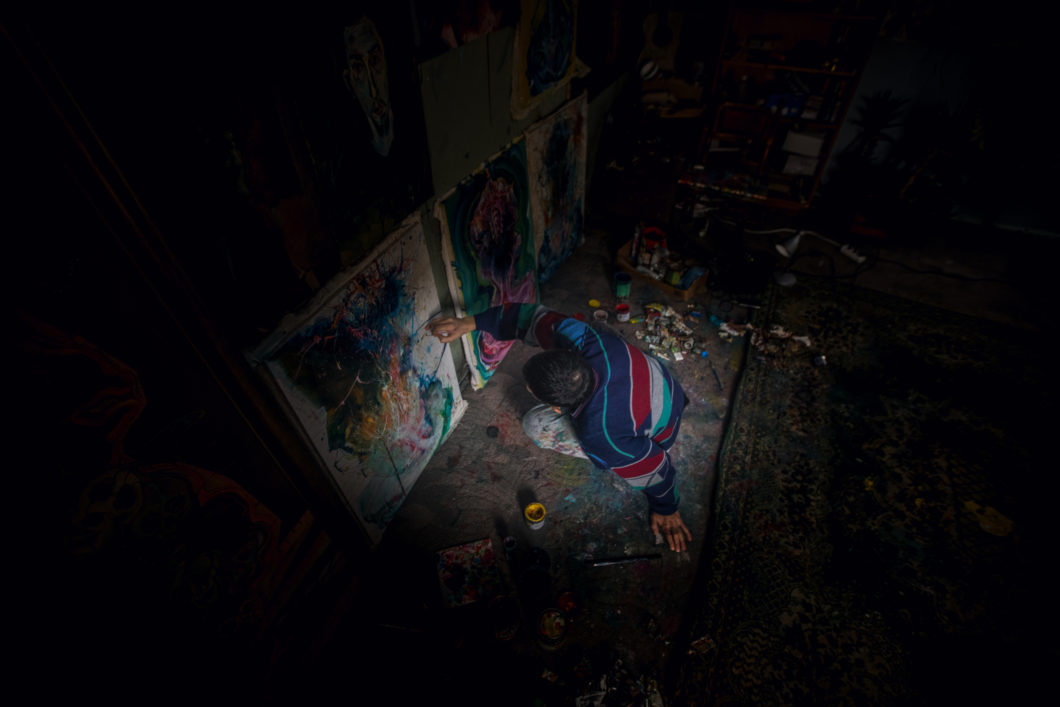 Some may call me a religious fanatic. Others may call me someone who settled for the slow lane. I was always into the creative arts, working on film projects in high school and dancing in college. And then, I went to study Torah in seminary and I discovered a new set of tools.

I was the creative project. I was the next big thing. And it wasn’t about me anymore. It was about channeling awesomeness by bringing Hashem in. Through my mind’s third eye. Through my act of halacha.

The inner connection to Hashem helped me channel my work as an artist. I became me. Through actively creating through the mitzvoth I was a higher self.

Modern neuroscience discusses the part of the brain that gets triggered when one does a good deed for another. The pleasure part. When we see a mitzvah between a man and ourselves, we have a dopamine switch that goes off.

Like an addict, I seek out higher levels of dopamine. Doing this kind act. Saying this prayer for someone not feeling well.

Through these chemical triggers, I was able to channel downwards and ride the dopamine fix until I was being the artist I always dreamed about from before I wasn’t into the whole Orthodox thing. Through prayer, I often created a vision board of my next imaginings of what I wanted to happen. Being religious fed into my desires of my imagination. I am who I am because of these religious undertakings and spiritual discoveries